Is It Safe To Have Sex While Wearing A Menstrual Cup

We've all been there: You're on your period, ready to get down, and then you remember you're wearing a menstrual cup. Lady. Boner. Gone. While the solution to this is pretty simple (remove the cup, insert the penis), it might be nice to not have to worry about that first step, right? But is that safe? 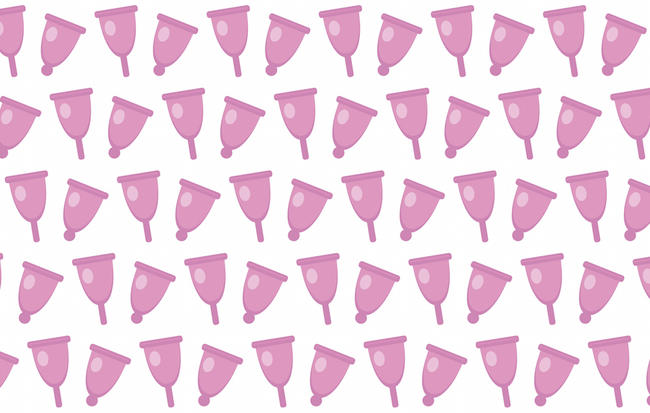 Before we get into all that, Jen Gunter, M.D. a San Francisco Bay-area ob-gyn, says she wants you to stop apologizing for your period blood during sex in the first place (you know, in case you were still doing that). That means you should feel free to have sex during your period however and wherever the hell you want—not just in the shower with the lights off. (Get down with yourself with this game-changing waterproof vibe from the Women's Health Boutique.)

However, if the idea of wearing something to protect your sheets from  period blood appeals to you, a menstrual cup might be what you're  looking for.

Here are 14 crazy facts you never knew about your orgasm.

First, it's important to distinguish between reusable and disposable models, says Gunter. A reusable menstrual cup  is not at all meant to be worn during sex because they're thicker and  more durable, she says. “It would be like having sex with a tampon. It  would be uncomfortable.” This kind of cup can cause abrasions and might  hurt your partner, too, she says. Unless the reusable cup is marketed  specifically as safe-for-sex (Gunter says she does not know of any  reusable cup brands with this label), do not pass go.

But disposable cups like SoftCup,  which feel and look like heavy Saran Wrap, are fine to use during sex,  she says. They are more likely to move with—not against—your body.

Though the makers of the SoftCup say you shouldn't use their product  with an IUD because it's possible for you to confuse the string of your  IUD and the SoftCup string, Gunter says the risk of removing the cup and  pulling your IUD out with it are very slim. If you're worried, get  familiar with what your IUD string feels like so you don't accidentally  yank on it. (You can also just lay a towel down, skip the cup, and call  it good.)

Whether you use a cup during your period or just go with the flow,  the key to great period sex is communicating with your partner. She says  that if you don't like to have sex on your period, that's your choice.  But your partner should never make you feel ashamed about getting down  when flow is in town.