Can Anxiety During Pregnancy Cause A Miscarriage? The Answer's Not So Simple

Most pregnant women are extra-conscious about their health, and this goes for mental health as well. Working toward better mental health is a positive practice in general, but expectant mothers may have more serious reasons for managing stress. It's a disturbing thought, but can anxiety during pregnancy cause a miscarriage?

This seemingly simple question does not have a straightforward answer, because the relationship between maternal anxiety and miscarriage is so difficult to unravel. Isn't most every pregnant person, and for that matter every non-pregnant person, a little anxious from time to time? At what point does the normal level of anxiety become dangerous, and how do you measure such a thing from individual to individual? Even researchers have difficulty addressing these difficult questions. A 2017 review and meta-analysis in Scientific Reports noted that "evidence relating stress to spontaneous miscarriage is conflicting." If you're expecting, though, this is not the most helpful statement.

Before looking into the affects of anxiety, it's helpful to understand a little more about miscarriages in general. A miscarriage is the spontaneous loss of a pregnancy, and it affects 10 to 20 percent of known pregnancies, as explained by the Mayo Clinic. Although it is not necessarily discussed very often, early miscarriage is common, and the causes are not always clear. Because it can be such an emotionally devastating event, though, the potential causes of miscarriage are under constant investigation. 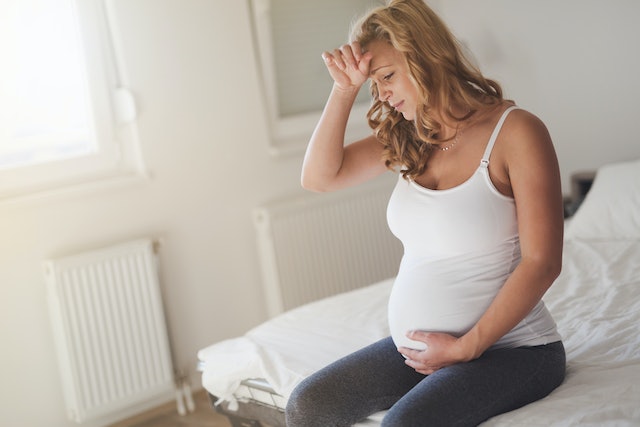 Some research has found a possible connection between anxiety and miscarriage. As the Scientific Reports meta-analysis of studies also determined, "six studies with higher quality showed a significantly increased miscarriage risk in women suffering from psychological stress." It may be related to the hormones associated with stress. As a 2010 study in the Journal of Reproductive Immunology noted, stress may interfere with the production of progesterone and prolactin, both of which are important hormones that play a major role in pregnancy development. While more in-depth research is needed to fully understand the relationship between stress and miscarriage, evidently there are some studies appear to find a link between the two.

If you go by the advice of some major medical resources, however, then anxiety is not necessarily correlated to miscarriage. As noted by the Mayo Clinic, "there's no evidence that stress results in miscarriage." Miscarriages are typically caused by chromosomal abnormalities that prevent the fetus from fully developing, and their causes are beyond your control, as further outlined. So, maybe your everyday stress is unrelated to a miscarriage? It's hard to say.

So what are you supposed to make of this conflicting information? It isn't like you can put your pregnancy on hold until researchers figure out this quandary. All you can do is make the best of the information that's currently available, while keeping your health — mental and physical — in check.

Even if the correlation between anxiety and miscarriage is definitively proven at some point in the future, what does that mean for expectant mothers? For the average person with anxiety, having someone tell you to calm down is the least helpful advice on the planet. Imagine being pregnant and stressing about not stressing too much, lest you lose the baby. That's a tremendous amount of pressure to put on anyone.

Whatever the case, reducing stress and anxiety is a good idea whether you're pregnant or not, though you most definitely can't be too careful when you're expecting. For very severe cases of anxiety, then reaching out to your physician or a therapist is wise. Oftentimes, the help of a professional is unmatched when it comes to anxiety management. For more low-key instances of daily stress, though, don't hesitate to lean on your friends, family, partner, and pregnancy support team (i.e., doula or midwife) for help. Pregnancy may be a stress-inducing major life change, but you don't have to face it alone.