What Does Watery Cervical Mucus Mean? Your CM Can Tell You A Lot About Ovulation

While trying to conceive (TTC), there are many things that you probably never dreamed of being obsessed with and tracking. This includes ovulation testing, intercourse timing, and checking your cervical mucus. Your cervical mucus is a great indicator for not only how healthy you are “down there" and in general (and whether or not you’ve eaten garlic recently), but also when you’re most fertile and when you can expect to ovulate. If you’re keeping track of all this bodily fluid, you may be wondering, "What does watery cervical mucus mean?" Especially if you’re hoping it means it’s time to get it on to make a baby, or at least close to time. 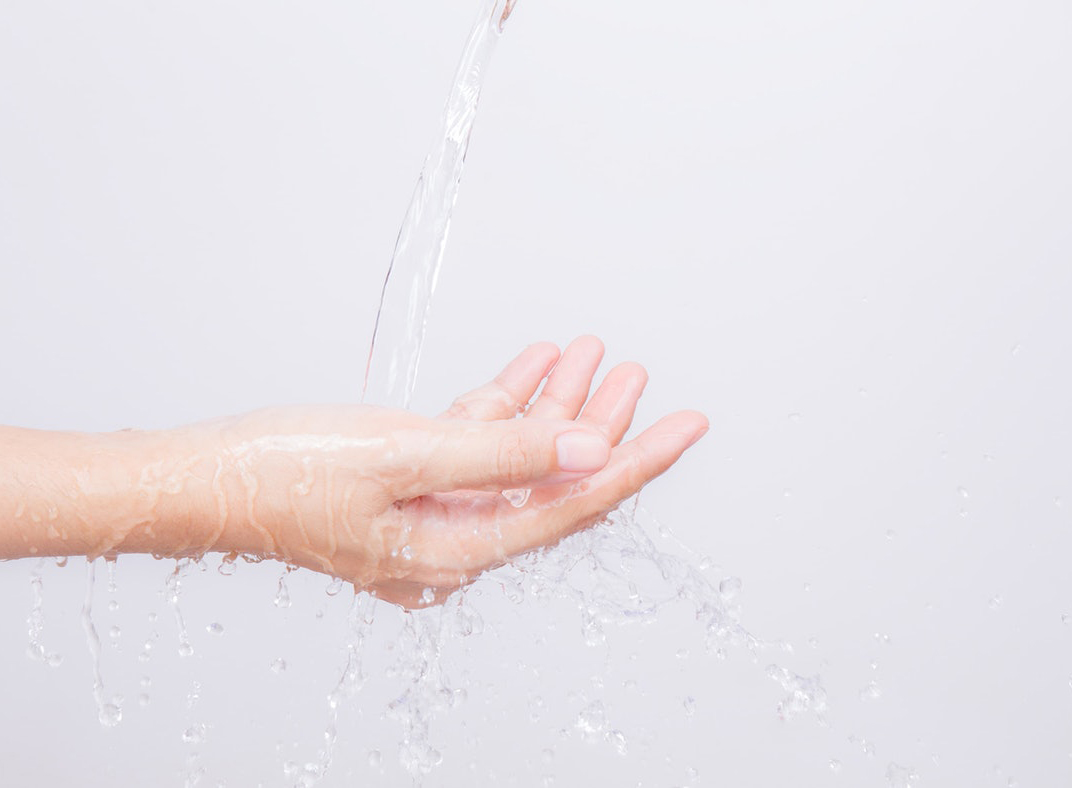 According to Sarah Wohlman, a nurse practitioner for Planned Parenthood of South, East and North Florida, watery cervical mucus doesn’t mean anything is wrong, however, it could potentially be the week or so before you ovulate. “Watery cervical mucus is much thinner. It’s very thin and typically clear or cloudy in color, but sometimes it can be a different color. People typically notice this type of watery discharge in their underwear and often times patients will describe it as a 'wet feeling,'" she explains. At this point, you’re probably not ovulating.

However, if you’re noticing egg-white cervical mucus (EWCM), then you probably are most certainly ovulating, and if you’re TTC, you may want to go ahead and hit the sheets as soon as possible. “Certain cervical mucus is considered a sign of ovulation. This mucus is typically thicker and stretchy, and is similar to the consistency of raw egg whites. It will be clear and you can actually stretch this cervical mucus from your index finger to thumb,” Wohlman says. If you’re curious and want to check for yourself to see if you’re ovulating, Wohlman says to “wash your hands and insert your finger into your vagina. And when you bring your finger out, you can evaluate it” by pressing your finger to your thumb to see if it’s stretchy.

If you’re noticing your cervical mucus isn’t like egg whites, water, or creamy with no odor, you may have an issue that needs checking out. “The two symptoms you really want to watch out for are a change in odor and color. If your cervical mucus is green or is pinkish/red, that could be a sign that something is going on in the vagina. If it’s chunky, this could be a sign of a yeast infection or bacterial vaginosis. Let’s put it this way: if your cervical mucus is anything but white, clear or cloudy, you may want to get it checked out by a healthcare professional,” Wohlman explains. Additionally, if it smells like fish down there, you probably have bacterial vaginosis, which is caused by a change in the pH in your vagina and brings about an overgrowth of bad bacteria.

But no matter what, good for you for taking charge and tracking your cervical mucus while you’re TTC. It’s super important because the amount of cervical mucus and its consistency determines when you’ll drop your egg, and it helps the sperm get to that egg to make a baby. Your cervical mucus indicates if it’s “hostile” toward sperm, like being too thick and sticky instead of thin and stretchy, right before ovulation, too. The American Pregnancy Association (APA) noted that many women don’t even know they have “hostile” cervical mucus, and if you don’t check, you’ll never know. Keep note of how your cervical mucus changes and if you notice anything odd going on down there, be sure to contact your healthcare provider. Especially if it smells like fish, or is a weird color. But rest assured that watery cervical mucus is A-OK, but EWCM is best for baby making.