Prediabetes Treatments That Can Help You Avoid Type 2 Diabetes

Hearing the word “prediabetes” from your doctor can be confusing, scary, and overwhelming, which makes sense. This health condition is often a precursor to type 2 diabetes and also raises your risk of issues like heart disease and stroke, so yes, it deserves your attention. But the conversation around prediabetes should also include hope, because getting this diagnosis in no way means your health is set in stone. You can actually reverse prediabetes, which then lowers your risk of getting serious health conditions in the future. Here’s exactly what you need to know to take control. 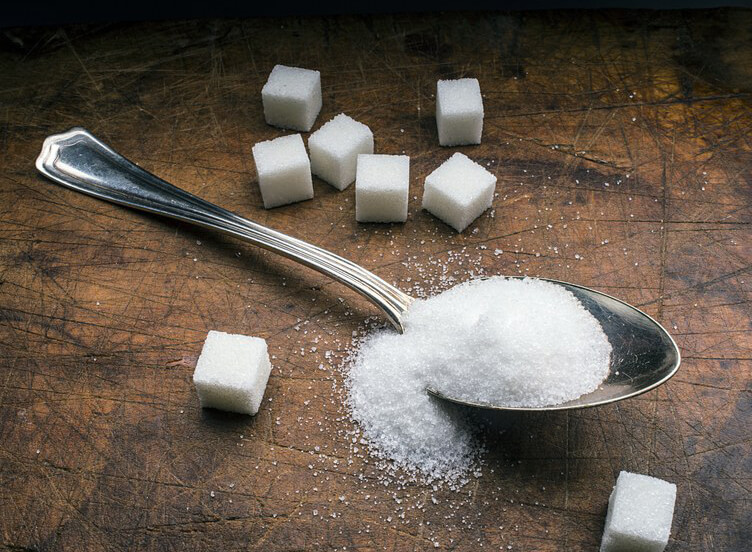 Prediabetes happens when your blood sugar levels are higher than normal, but not quite high enough to actually warrant a type 2 diabetes diagnosis.

Since all of this stuff can be pretty confusing, let’s have a quick refresher. Type 2 diabetes happens when the levels of glucose (aka sugar) in your blood are routinely too high, according to the National Institute of Diabetes and Digestive and Kidney Diseases (NIDDK).

You get glucose from food, and it’s your body’s primary source of energy, so processing it correctly is incredibly important. Your pancreas is supposed to produce enough insulin, a hormone that helps control how your cells use glucose for energy, in order to filter enough sugar from your blood. But if your pancreas either doesn’t make enough insulin or your body resists the insulin, your blood sugar can remain too high, which can eventually lead to type 2 diabetes.

Many people with type 2 diabetes first have prediabetes, often without realizing it.

While 80.1 million adults in the United States have prediabetes, 90 percent don’t know about it, according to the Centers for Disease Control and Prevention (CDC). It’s a shame, because the condition is reversible, but it’s also understandable, since it can fly under the radar.

Prediabetes often has no symptoms and instead gets picked up in lab tests, Fatima Cody Stanford, M.D., M.P.H., instructor of medicine at Harvard Medical School and obesity medicine physician at Massachusetts General Hospital, tells SELF.

Regular screenings for prediabetes typically start once you’re 45, according to the Mayo Clinic. However, your doctor may recommend starting earlier if you’re overweight or obese and have other risk factors for prediabetes and type 2 diabetes, like a strong family history of these conditions.

Prediabetes is diagnosed via blood testing to see how your body handles glucose. There are three standard tests that doctors use, per the NIDDK: the A1C test, which measures your average blood sugar for the past three months, the fasting plasma glucose (FPG) test, which checks your blood glucose levels after eight hours of fasting, and the oral glucose tolerance test (OGTT), which also involves fasting for two hours, then checks your blood glucose levels before and two hours after you have a sugary drink.

Weight loss, lifestyle modifications, and medication may prevent your prediabetes from progressing into type 2 diabetes.

“The reason we even have the designation of prediabetes is that it’s a period of time where one can perhaps change the course of progression to diabetes,” Amisha Wallia, M.D., an endocrinologist at Northwest Memorial Hospital, tells SELF. Type 2 diabetes is more difficult to control than its predecessor, she says, making it especially important that you try to take action when you can. Doctors typically have a few go-to recommendations for doing so, like losing weight.

“If you can lose weight, it helps to decrease insulin resistance and decreases the risk of progression to diabetes,” Vinaya Simha, M.D., an endocrinologist specializing in metabolism and diabetes at the Mayo Clinic, tells SELF. Excess weight (especially around your midsection) contributes to insulin resistance, along with other health issues like high blood pressure and cardiovascular disease, according to the NIDDK.

Given that losing weight can be so important in reversing prediabetes, it’s pretty unfair that it can also be such a struggle. Losing weight is typically a very complex process, involving everything from your diet and physical activity to your hormones and how much sleep you get. But as a first step in reversing prediabetes, doctors typically recommend trying to eat well and move more, Dr. Stanford says.

Eating healthy, well-rounded meals doesn’t only mean you might lose weight, but also that you’re likely not having as many foods with refined carbohydrates, like white bread and white rice. These kinds of carbs can make your blood sugar rise too much, which is why the NIDDK recommends trying to get more carbohydrates from foods like fruit, vegetables, and whole grains. (It’s not like you can absolutely never have the foods you love, but as the NIDDK notes, you should talk with your doctor to figure out the best way to include them in your diet.)

Exercise is also key for reasons beyond weight loss. Your muscles uses more glucose than any other tissues in your body, according to the NIDDK. In order to replenish their depleted glucose stores, they take more from your bloodstream, which helps maintain healthy blood sugar levels. Also, when you exercise, your muscles become more sensitive to insulin, which can actually help reverse insulin resistance, according to the NIDDK. In addition, being physical helps your muscles absorb more glucose, and the more muscle you build, the more glucose they’ll need to remove from your bloodstream, the organization says.

Besides lifestyle changes, you can ask your doctor about the drug metformin, a diabetes medication that helps to lower blood glucose levels and makes it easier for your body to properly use glucose for energy. While people with type 2 diabetes can use metformin to manage their condition, it’s also an option for some people at a very high risk of developing type 2 diabetes, according to the NIDDK.

Research confirms that it's possible to prevent or delay a type 2 diabetes diagnosis with these modifications.

A multi-center clinical research study called the Diabetes Prevention Program, published in a February 2002 issue of the New England Journal of Medicine, shows how well these can work. The study followed 3,234 people who were overweight and had prediabetes, split them into four groups, taught them about healthy eating and exercise, then assigned them different treatments.

The lifestyle modification group’s goal was to lose 7 percent of their body fat by eating less fat and fewer calories, along with exercising for 150 minutes a week. Another group took metformin. A third group took placebo pills, and a fourth used the drug troglitazone, an anti-inflammatory diabetes medicine. However, the troglitazone group was discontinued after the study authors found that the drug can cause serious liver damage, according to the NIDDK.

Reversing prediabetes can take a lot of hard work, but it’s both possible and worth it.

If you're at risk for type 2 diabetes or prediabetes, talk to your doctor before making any major lifestyle changes. Either way, they can give you guidance on healthy eating and physical activity. Taking and maintaining important steps with your diet and exercise routine can make a huge difference.