Women without kids have earned more than employed  mothers for decades or longer. But differences between these two  kinds of workers, in terms of the education under their belts and the job  experience on their resumes, are diminishing.

This manifestation of inequality is becoming a bigger problem,  since the number of families relying on the  income these working parents take home is growing. The share of  moms who make money has soared from 47%  in 1975 to 70% in 2016.

And the persistence of this disparity is a bit baffling because  moms have stepped up their game by attaining higher levels of  education and gaining work experience over the last 20 years.  Based on my many years of research on how motherhood  affects women's paychecks, I'm certain that there are policies  that can help fix this problem. 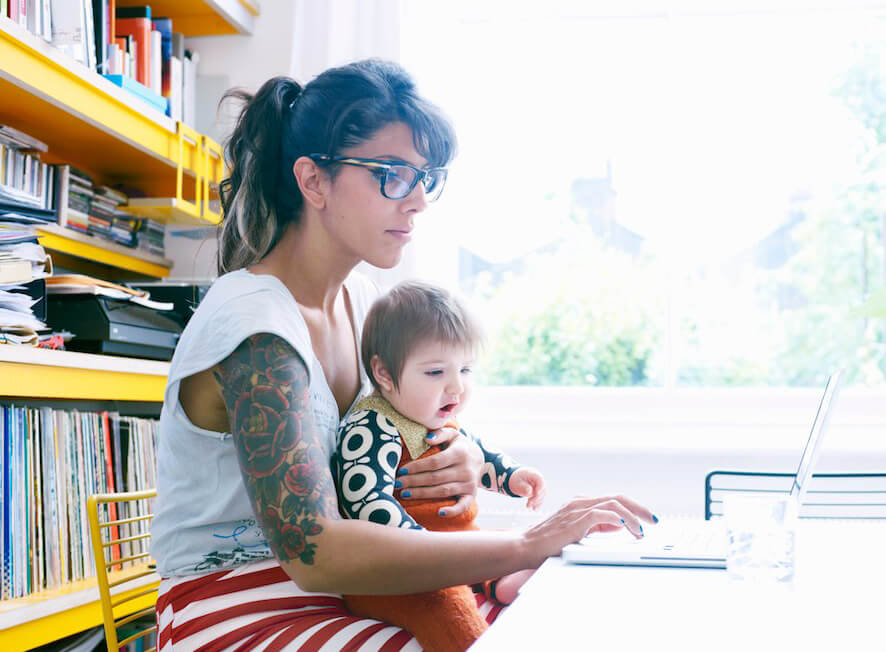 To try to understand the scope of this problem, I teamed up with  economists Marta  Murray-Close and Eunjung Jee to do  a study sponsored by the  Washington Center for Equitable Growth, a think tank. By  reviewing federal  data pertaining to the earnings of about  14,000 women, we found out that mothers' wages are even lower  than we'd expected, even when they put time into their education  and careers.

Moms and women without kids have both ratcheted up their  educational credentials. But mothers, as it turns out, have  gained more.

Because mothers in the workplace are, on average, about  five years older than childless women, they usually have had more  job experience — but working moms have also ramped up their job  qualifications over time.

Yet moms with three kids earn about 18% less than childless  women, and those with two kids take home wages that are about 13%  lower.

It surprised us to see not only that working moms with just one  kid still earn less, but also that the gap between their wages  and those made by childless women has gotten even bigger in the  past 30 years.

And this difference is not about parenthood, but really about  gender and parenthood. While mothers generally earn less  than childless women, fathers typically earn more  than men without kids.

What economists call the "gender wage gap," the difference between what  men and women with similar qualifications earn for comparable  work, is about parenthood too.

Discrimination may not explain all of these differences in wages,  but it probably accounts for some of them.

For one thing, employers are less  likely to respond to job applications —  using the exact same resume — if the resume notes that a woman  belongs to a parent-teacher organization. Mothers are also  offered lower wages.

Are mothers' wages penalized to the same degree everywhere? No,  in fact, many countries have reduced this mommy penalty or even  equalized pay between childless women and mothers. Research I've  done with Michelle  Budig and Irene Boeckmann bears this  out.

Consider what we learned about how things work in Sweden. There, 86% of  children between the ages of three and six, as well as 41% of  kids who are even younger than that, are in publicly funded child  care. Swedish couples, in addition, get to take up to 50 weeks of  fully paid parental leave between them, on top of seven weeks of  maternity leave and two weeks of paternity leave.

Perhaps unsurprisingly, the mommy penalty is far smaller in  Sweden than the U.S.

That's because child care helps working parents balance care  responsibilities with employment. Whether women can take paid  family leave also matters because it lets them stay in the  workforce, making their caregiving responsibilities less likely  to derail their careers. And when fathers also take leave,  caregiving does not stigmatize women.