6 Signs of Ovulation That You Need to Know About

While technology has helped us in a lot of ways, you don’t actually need an app to track your fertility if you’re trying to get pregnant. By mapping out your ovulation days, you can learn when a new egg (and not the kind that comes from the farm) is dropping. Or, you can just get to know your body better by noticing those tiny telltale signs. Okay, hopeful mama-to-be (or just ladies who want to be more mindful of their bodies), it’s time to get down to basics and learn six major signs that you’re ovulating.

Your basal body temp will rise.

Your basal body temperature (BBT), best taken first thing in the morning, can help you track when you’re ovulating. You may find that your BBT is pretty much the same throughout most of the month. Right before you ovulate it may dip down a bit, and then suddenly spike as you’re ovulating. Okay, so this spike isn’t exactly fever-level. Most likely, it’s somewhere between 0.4 and 1 degree (Fahrenheit) higher than normal. Grab a notebook or start a spreadsheet to chart your BBT throughout the month. Keep charting and comparing each month to get an accurate picture of when you’re ovulating.

Yeah, mucus isn’t exactly a pleasant subject, especially when it’s preceded with the word cervical, but your cervical mucus is something that you’ll need to start paying attention to. Cervical mucus actually helps protect sperm as they swim toward your egg. The closer you get to ovulation, the higher your estrogen levels get. It’s the estrogen in your body that tells your cervix it’s time to make some extra mucus, right now. Even though you may have similar discharge at other times during the month, ovulation-related cervical mucus typically comes in larger quantities and has the consistency of egg whites.

Sperm needs to pass through your cervix (AKA internal egg gate) to make a baby. Ovulation softens your cervix. It also causes your cervix to move higher and open (slightly, not full-on dilation-style here). The only way to feel these changes is to actually get in there. Get comfortable with your own body and feel your cervix (with a very clean hand) at different points in the month. You’ll get to know the difference between the feel and shape of your cervix during ovulation and the rest of the month.

Your breasts are super sensitive.

You’re probably used to this as a PMS symptom, when it’s almost that time of the month, and your girls are aching. The same goes for ovulation time. Like premenstrual breast soreness, ovulation-based tenderness is also caused by hormonal changes.

You’ll actually feel the egg being released from your ovary.

We didn’t want to tell you, but this won’t feel good. No, this absolutely, positively does not mean you’ll feel major pain. If you have any type of seriously sharp, aching, deep or abnormally severe pelvic pain, go see your doctor immediately. Pelvic pain caused by ovulation is typically mild and short-lived (it may only last minutes or for a few hours). Known as mittelschmerz, it’s more of a discomfort and usually only happens on one side (because you’re only ovulating from one side). The pain may switch sides from month to month, as you let eggs loose from each ovary.

Your libido goes into overdrive. 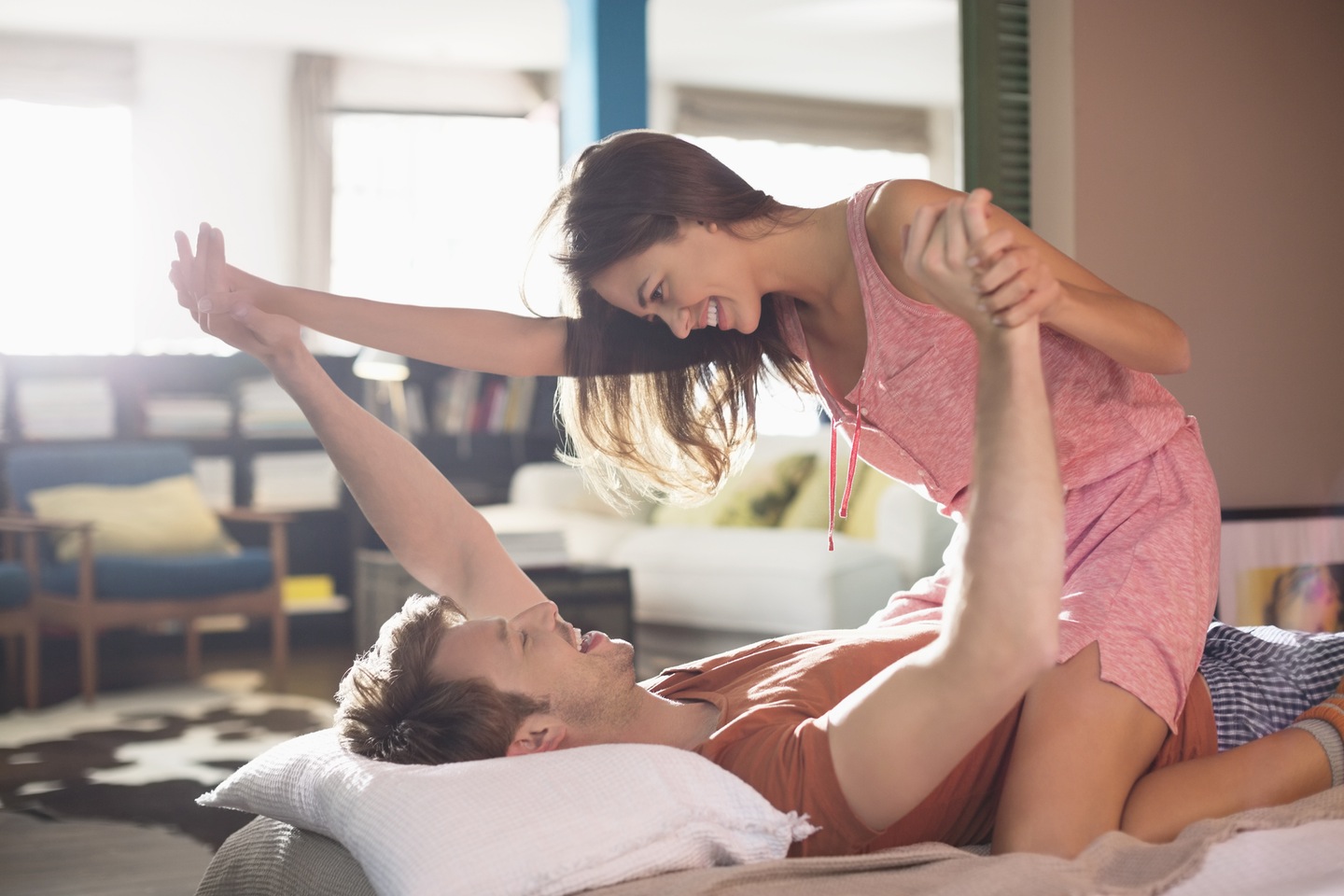 A mid-month spike in bedroom action may be a sign that you’re ovulating. The flood of hormones might just make you want to get pregnant (or at least do what you need to do to get pregnant) right now. Track when your sex drive kicks into high gear, looking for a week-to-week pattern. If you notice a predictable change each month that has nothing to do with a Ryan Gosling movie-fest, your large libido may indicate that an egg’s dropping.