This Is Why Your Period Stops & Starts 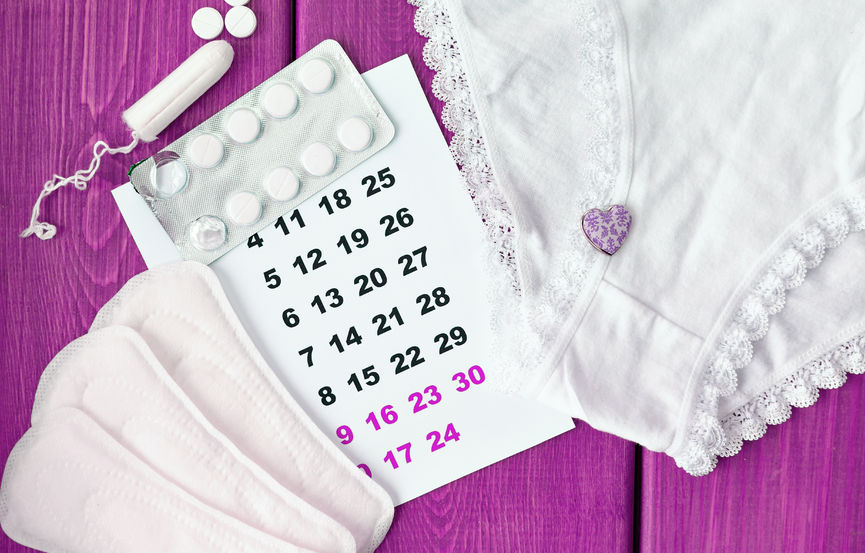 After years of getting your period, you may think you've got it all figured out. But then it decides to throw you a curve ball: It goes for a few days as planned, but then stops...and starts back up again. What gives? Here's what's actually going on:

First off, let's remember that your period happens when your endometrial lining sheds. It comes out through your cervix and vagina, meaning your cervix has to get a little softer during this these few days to let the lining through. And all of this is controlled by the ebb and flow of your hormones.

In a sort of textbook period, you'll bleed for 3-5 days, with each day being lighter than the last. But some women experience what reddit user emilyfresh calls "the eye of the storm," meaning a day of no (or almost no) bleeding sometime in the middle, followed by a bit more bleeding before your period finally calls it quits.

There are a few possible reasons for this stop-n-go. As pediatrician Molly O'Shea, MD, explains, it could have to do with the fact that your period isn't entirely liquid, which can sometimes slow things down. "Sometimes if you have a chunk of tissue that blocks up the flow out the cervix, you can get a heavier flow again after it passes," she writes. It might also have to do with your changing hormone levels, Sandy Knauf, FNP, writes. In the beginning of your period, your estrogen and progesterone levels stay steady and tend to produce a pretty continuous amount of bleeding. But that tapers off as your estrogen level starts to rise again and your period starts to wrap up. These changes can definitely create a stop-and-start situation.

If this just happens every once in a while, and the weird mid-period break is relatively short (a day or less), it's probably nothing to worry about. But if you're, say, going a few days without a period and then starting up again full force — or spotting in between periods — it might signal a more serious issue. These irregular periods can be a symptom of conditions such as endometriosis and PCOS. And if this happens for at least three periods in a row, that means you need to talk to your doctor about it.

If the mid-period pause is happening along with a lot of pain or especially heavy bleeding, that's also something worth getting checked out by your doctor. And, as usual, if you have anyconcerns about your period, your best source of information will be your gyno.

But, in general, a period that stops and starts every once in a while is a totally normal (albeit annoying) occurrence. It's just keeping you on your toes.