Eating Sugar During Pregnancy Is Linked to Kids' Allergies 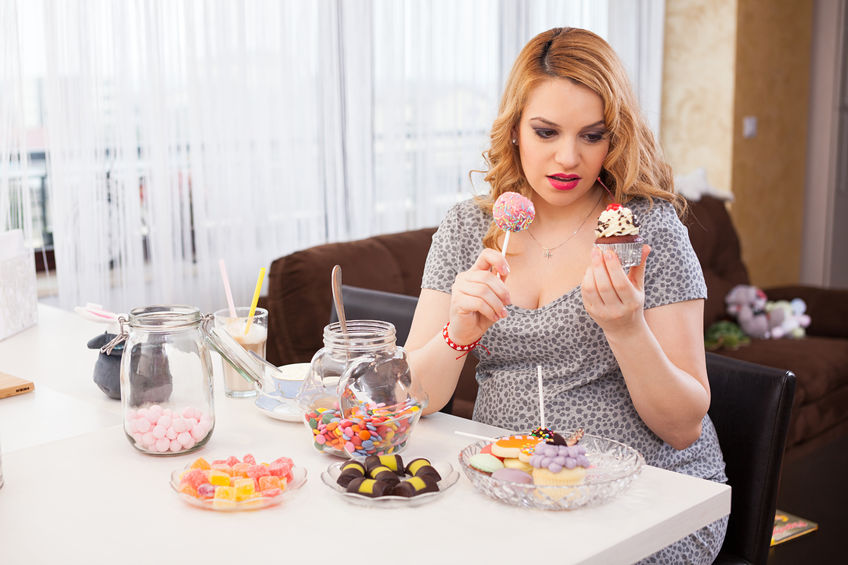 How much sugar a woman eats while she’s pregnant may affect her future children’s risk of developing allergies and allergic asthma, according to a study in the European Respiratory Journal. Although previous research has linked asthma and high-sugar intake in kids themselves, this is the first study to show that mothers’ diets may also play a role.

The new study analyzed data from nearly 9,000 women who were pregnant in the early 1990s, and from their children, who were tested for asthma and common allergies (like dust mites, cats and grass) at age 7. While pregnant, the women were asked about their weekly consumption of certain food groups and specific food items, including sugar, coffee and tea; their responses were used to calculate their intake of added sugar, not including natural sugars in fruits, vegetables or dairy products.

The researchers only saw weak evidence to suggest a link between women’s added sugar intake and their children’s chances of developing asthma overall. But when they looked specifically at allergic asthma—in which an asthma diagnosis is accompanied by a positive skin test for allergens—the link was much stronger. Children whose moms were in the top fifth for added sugar during pregnancy were twice as likely to have allergic asthma when compared to children whose moms were in the bottom fifth.

Kids of moms with high-sugar diets were also 38% more likely to test positive for an allergen—and 73% more likely to test positive for two or more—than those whose moms stayed away from added sugar. The researchers controlled for several factors that could have also influenced the findings, including social factors and other aspects of the mothers’ diets.

The study was not able to show a cause-and-effect relationship. But the authors speculate that high-sugar intake during pregnancy may increase inflammation in developing lung tissue, leaving children predisposed to allergies. “We know that the prenatal period may be crucial for determining risk of asthma and allergies in childhood, and recent trials have confirmed that maternal diet in pregnancy is important,” says first author Annabelle Bedard, a postdoctoral fellow in the Center for Primary Care and Public Health at Queen Mary University of London, via email.

Bedard believes that consumption of high-fructose corn syrup may be largely responsible. It increased from about 0% to nearly 30% of per capita consumption of refined sugars in the United States between 1970 and 2000. “The dramatic ‘epidemic’ of asthma and allergies in the West in the last 50 years is still largely unexplained,” she says. “One potential culprit is a change in diet.”

Given the extreme amounts of sugar consumed regularly in Western countries, the study authors say the need for further research is urgent. They hope to conduct clinical trials to see if reducing sugar intake during pregnancy will, in fact, affect children’s health several years later.